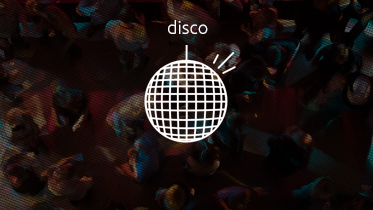 Disco is a genre of dance music containing elements of funk, soul, pop, and salsa. It achieved popularity during the mid-1970s to the early 1980s.

Disco initially drew U.S. club-going audiences in the from the gay, African-American, Italian-American, Latino, and psychedelic communities in Philadelphia and New York City during the late 1960s and early 1970s. It can be seen as a reaction against both the domination of rock music and the stigmatization of dance music by the counterculture during this period.